Meningitis B and the future of vaccines 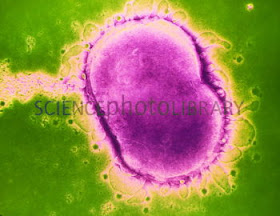 This week is a good week for vaccines. Indeed it is a good week for society, at least in Europe, for we have just got word that the European Medicines Agency has approved Novartis's Meningitis B vaccine  and it could now be available in the UK as early as next year, if licensed here. *Novartis are currently working with the US authorities at getting it approved*

This vaccine, targeting Neisseria meningitidis group B bacteria (B subgroup causes the most problems in industrialised countries) is reported to be around 70% effective against the horrible and often deadly disease. It's roll out across the UK and Europe should save the lives and prevent the permanent damage that follows meningitis and septicemia. That's great, sure, but as scientists and people interested in public health, how the heck did they achieve this feat?
Unknown on Saturday, November 17, 2012 No comments:
Share

Mumps in New York - it's the size that matters

It started during the middle of 2009 when an eleven-year old boy returned home to the U.S from a holiday in the UK. The UK was just experiencing an exceptionally large (about 7,500 people) outbreak of mumps that year but don't worry, that boy had been twice vaccinated with the MMR immunisation. He should be OK. Shouldn't he?

As it turns out, he wasn't and he became infected with the mumps virus. And so our three year-long story begins.

The problem was that by the time this now mumps-infected boy realised he was ill (fever, swollen glands, potentially inflammation of the testicles and meningitis) he was attending a youth camp in New York along with 400 other orthodox Jewish boys. Unluckily for us, the mumps incubation period can be over 2 weeks and you can be infectious up to one week before this, making it particularly hard to contain as we will see.

A couple of days later the camp ended and each one of those mumps-exposed, potentially infected children were seeded back into society. By the time it had subsided nearly one year later, 3502 cases of mumps had been observed across the state of New York, the biggest outbreak the US had seen in decades and it was most likely attributable to this single index patient who brought the disease in from the UK.

But what was most worrying was that 76% of them had been immunised with two doses of the MMR vaccine, our mainstay of protection against the virus. So just how could mumps get passed this defence and cause such a massive outbreak? It took the U.S Centers For Disease Control and Prevention nearly 3 years to find an answer. The investigation is published in the New England Journal of Medicine here.

The dark age of microbiology existed in the years preceding Antoni van Leeuwenhoek's most famous microscopic study of Delft's canal water and the investigative work of his contempories, Robert Hooke and Athanasius Kercher (who was most likely the first human to witness microscopic life). In these days we had recognised the effects of what we later called microbes but we had little evidence of what was causing them, for who could not wonder what induced a feverish, spluttering epidemic of 'flu? Nor who could not wonder what was controlling the geochemical processes occurring across the Earth?  We just did not have the tools then to probe their world any further in any scientific way.