This blog focuses on trying to understand how viruses cause disease in their hosts - whether they be single cells or us, humans. Attempting to do so means that we must look at how viruses enter these hosts, survive within the hostile environment that is another organism and eventually make their way on to infect the next one. One thing this blog doesn't do, is look at how other kinds of pathogens complete this complex life cycle.

I'm going to change that now.

I'm going to take a look at prions - the dangerous proteins behind the fatal brain disorders such as: Kuru, mad-cow disease and scrapie, also known as 'Transmissible spongiform encephalopathies' or TSE's.

A paper published last week in PLoS Pathogens really highlights an issue that comes up a fair bit in this blog, that is: how pathogens - in this case prion proteins - exploit your immune system to promote their own survival. And in particular, how these molecular parasites make use of one cell: the dendritic cell. This work comes from the Medical Research Council's Prion Unit in the UK.

Europe is currently experiencing an incredibly worrying outbreak of disease across hundreds of farms in the North-West and it has finally popped up in the UK. The disease - caused by a previously unknown virus - has been causing a large number of still births in cows, goats and sheep after it was initially found in the Netherlands and Germany. What is worrying about this is our economic dependance on this kind of agriculture - but should we really be worried?

Following this initial outbreak in Germany/Netherlands it was rapidly discovered to be present in Belgium, France and the South-East of England where it was most likely spread by the movements of infected midge flies. And even now, Russia has begun to close off it's importing of Dutch meat and animals. The rest of the UK is even bracing itself for further spread of the virus and now the UK's veterinary labs have weighed in on the research. But a number of questions still need answered before we can really do anything about it, which is why so much interest has been generated over the last couple of weeks, especially as we have probably only seen the tip of the iceberg.
Unknown on Sunday, February 12, 2012 2 comments:
Share

The ethics of vaccination 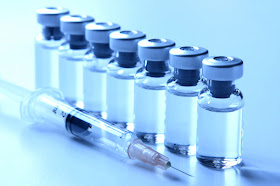 Vaccines are distributed across the world and we desperately need them if we are to successfully control some our most deadly infectious diseases. But they also require vast sums of money and expertise - on the part of academic institutions and private companies - to develop, manufacture and ultimately, dispatch worldwide. They thus have the power to save lives and rapidly divide opinion, with governments at odds with some individuals over the way that vaccination may or may not infringe on their rights.
Unknown on Saturday, February 11, 2012 No comments:
Share

Don't just focus on bats and their viruses

I just wanted to alert people to this opinion piece on an Australian website discussing the role that bats play in harboring deadly viruses. This isn't an ordinary piece, it was written by a guy called Linfa Wang. You may not have heard of him but he's a pretty important person in virology, especially if you're interested in bats and their microbes. He is the head of virology at Australia's Animal Health Laboratory and is an expert in finding new bat viruses.

I've written about this a lot - which isn't all that surprising given that our lab is one of a handful working on the virus - but mumps has struck again, this time raising it's head in Scotland. Here's a nice article.

The University of Glasgow has experienced more than the usual (a handful probably) of cases of mumps infection. Currently 15 students have been diagnosed with the virus which usually causes swollen salivary glands under the neck, although a number of more serious symptoms can result. The University is working closely with the community control the outbreak and to vaccinate those unprotected.
Unknown on Friday, February 03, 2012 7 comments:
Share 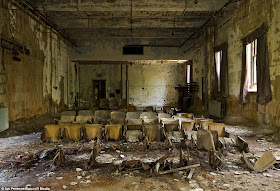 North Brother Island, found within the middle of East River in New York City has a fascinating history. It houses the ruins of a 19th century solution to infectious diseases in the urban environment: an old quarantine centre, the last of it's kind in the US. See the Daily Mail article here for pictures.

Before it's closure in 1963, Riverside hospital as it was known, saw to the care of those infected with the likes of smallpox, tuberculosis, leprosy and typhoid. In fact, it first gained notoriaty after caring for one of the more infamous of Irish women, a cook known as Typhoid Mary. Now nearly half a decade after shutting down, a local historian has been given rare access to document what a difference fifty years makes.
Unknown on Wednesday, February 01, 2012 3 comments:
Share
‹
›
Home
View web version